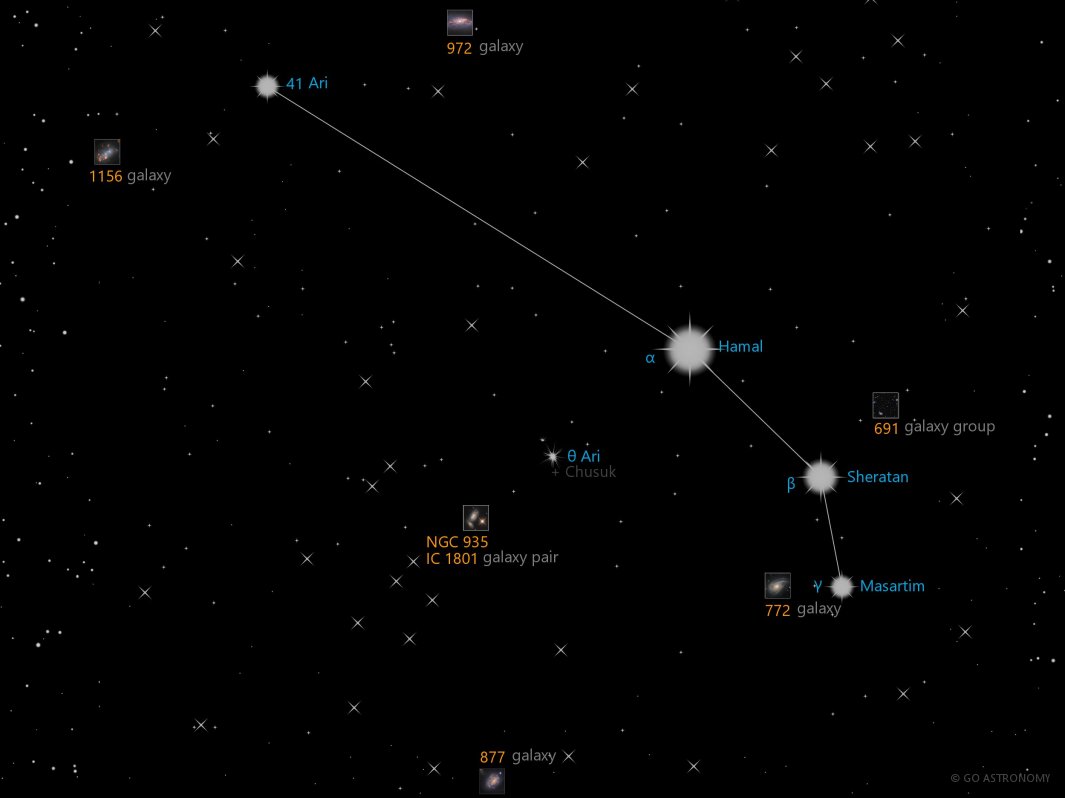 
The Northern constellation of Aries, the Ram, is best viewed in Winter during the month of December. It's brightest star is Hamal at magnitude 2.00. The boundary of the Aries constellation contains 11 stars that host known exoplanets.

The 10 brightest stars in the constellation Aries by magnitude.

These are the brightest and easiest-to-find double, triple, and quadruple star systems in the constellation Aries. Also see all star clusters.