Saturn is the sixth of nine planets in our solar system and is one of the outer "gas giant" planets. It is not believed to have a solid surface.

Pan, zoom, or go full-screen with this megapixel image of Saturn.

Saturn has no solid surface, so only atmospheric features such as light cloud zones and dark belts are visible. Once every year, a short-lived storm called the Great White Spot is visible. 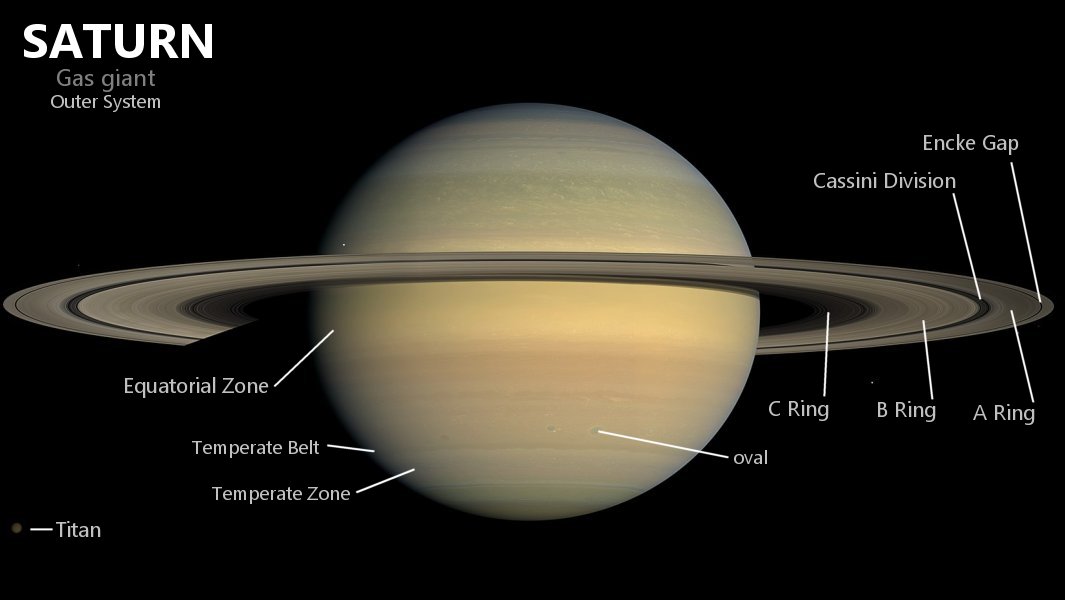 Both poles of Saturn have intense long-lived cyclone storms. The north pole also features the Hexagon, which is a unique standing-wave cloud pattern. 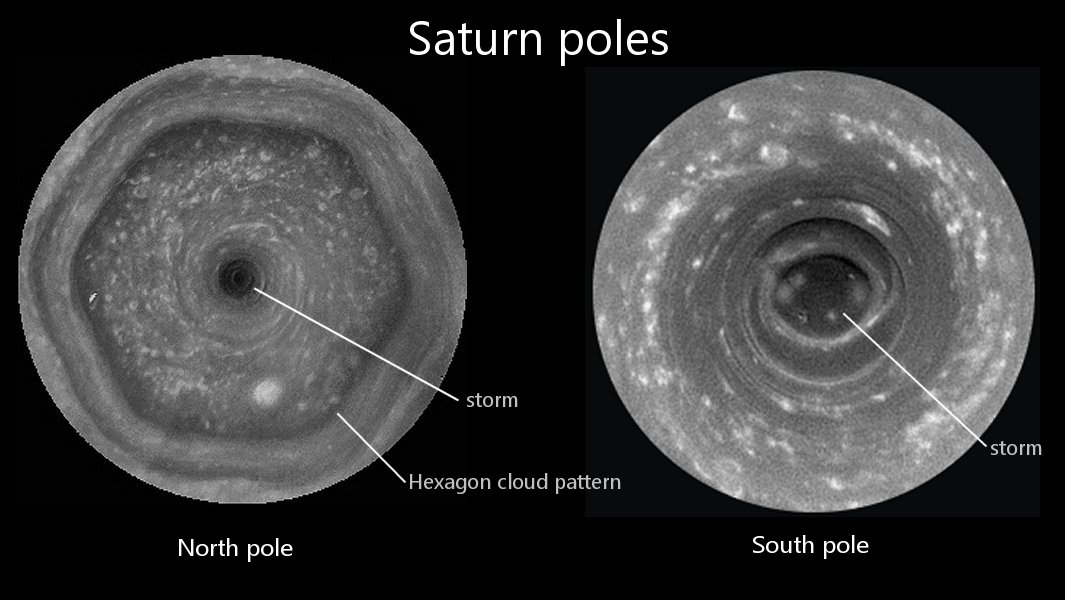 Saturn has a large, complex, and visually stunning ring system comprised of rings, ring arcs, and gaps. A number of moons play a role in either shepherding/constraining rings (shepherd moons) or in providing source material for moons (ring maker moons).

Saturn has 83 known moons, with Titan being the largest. The largest six moons are shown, all of which can be seen through a telescope. For information on all 27 moons, see Moons of Saturn. In addition, there are thousands of small "propeller" moonlets believed to be embedded in the A ring. 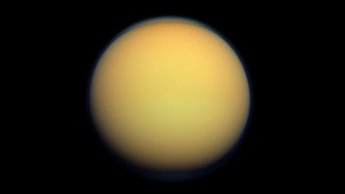 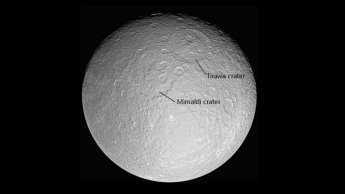 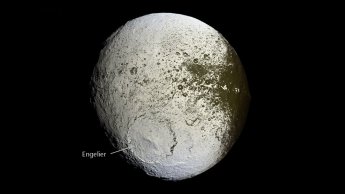 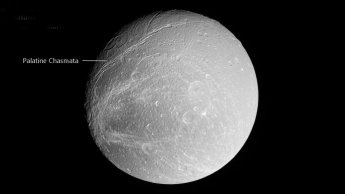 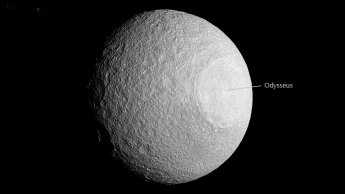 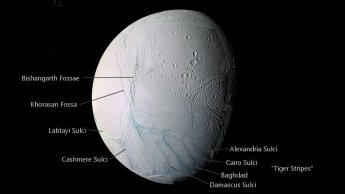 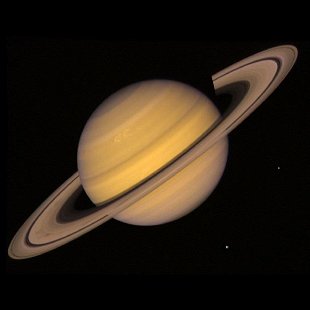 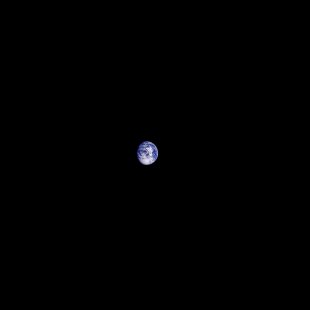 Saturn is easily seen with the naked eye at magnitude 0.67. It is currently located in Capricornus slowly moving towards Aquarius along the ecliptic plane. Saturn is best seen August - September.

Saturn has no solid surface, going from a hydrogen gas atmosphere to a liquid hydrogen ocean mantle.

The Dragonfly mission will revisit the Saturnian system and land on the Titan moon in the next decade.