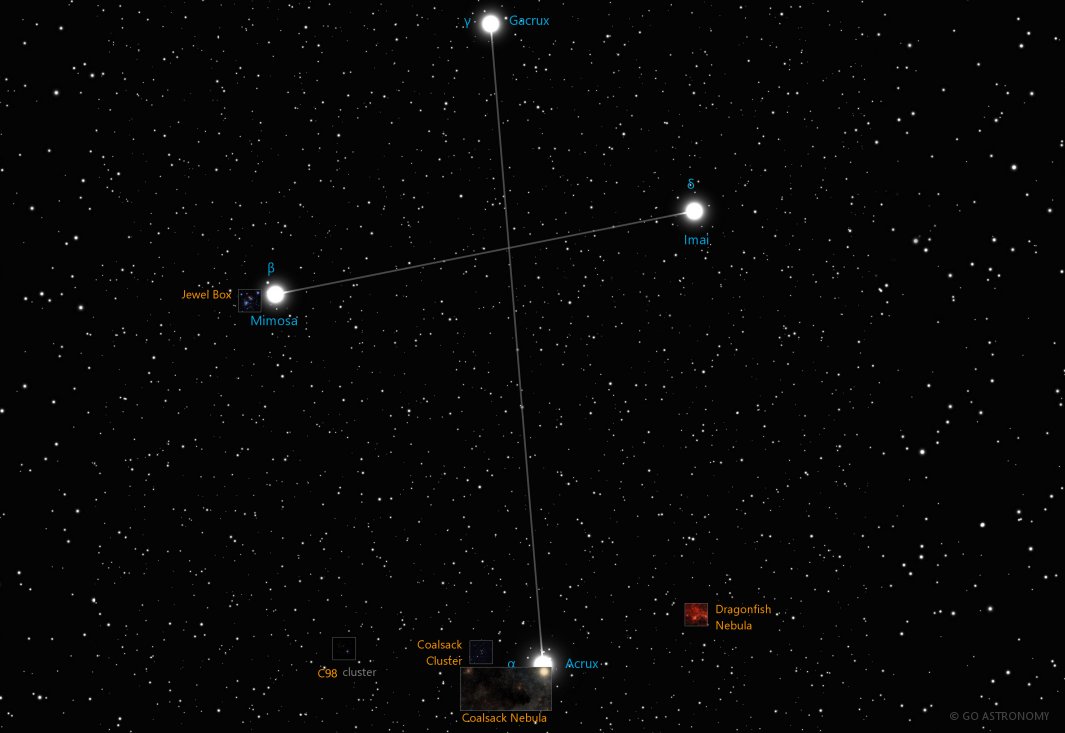 
The Southern constellation of Crux, the Southern Cross, is best viewed in Spring during the month of May. It's brightest star is Acrux at magnitude 0.87. The boundary of the Crux constellation contains 3 stars that host known exoplanets.

Crux is a circumpolar constellation, so is visible year-round in the Southern hemisphere. Conversely, it is not visible in the opposite hemisphere unless you are close to the equator.

The 10 brightest stars in the constellation Crux by magnitude.

Notable and easy-to-find nebulae in the constellation Crux. Also see all nebulae.

These are the most well-known neutron stars in the constellation Crux. Although neutron stars cannot be seen in any amateur telescope, they are at the center of many supernova remnant nebulae, which can be seen. Also see all neutron stars.